I found myself with a perma-grin on my face.  I was continually entertained by Temptation Cruise. It was lighthearted and easy-breezy.  The entertainment was fantastic.  Sexy, sensual, comical – they hit all the notes I enjoy.

Who’s ready to get this shit show started?

That was the rally cry of legendary Temptation Resort MC Chinos.  His games revved the crowd up to a roar of laughter. He had people gyrating with balloons in simulated sex game and those who showed the most skin seemed to be the ones to win!  Of course what they were winning was commemorative t-shirts and hats. But hey, they were collector items after all because Chinos and the whole staff offered to autograph them!

Rob is one of the one of the very best stand-up comedians in the USA.   He was named Maxim Magazine’s “Real Man of Comedy” and Last Comic Standing on NBC named him, “The Happiest Comic in America” – but onboard the temptation cruise he was the man making everyone roar with laughter.  His opening show kicked the vibe off on the right foot and well

His comedy played to the crowd perfectly and he even got a number of sexy guest photos included in his act. 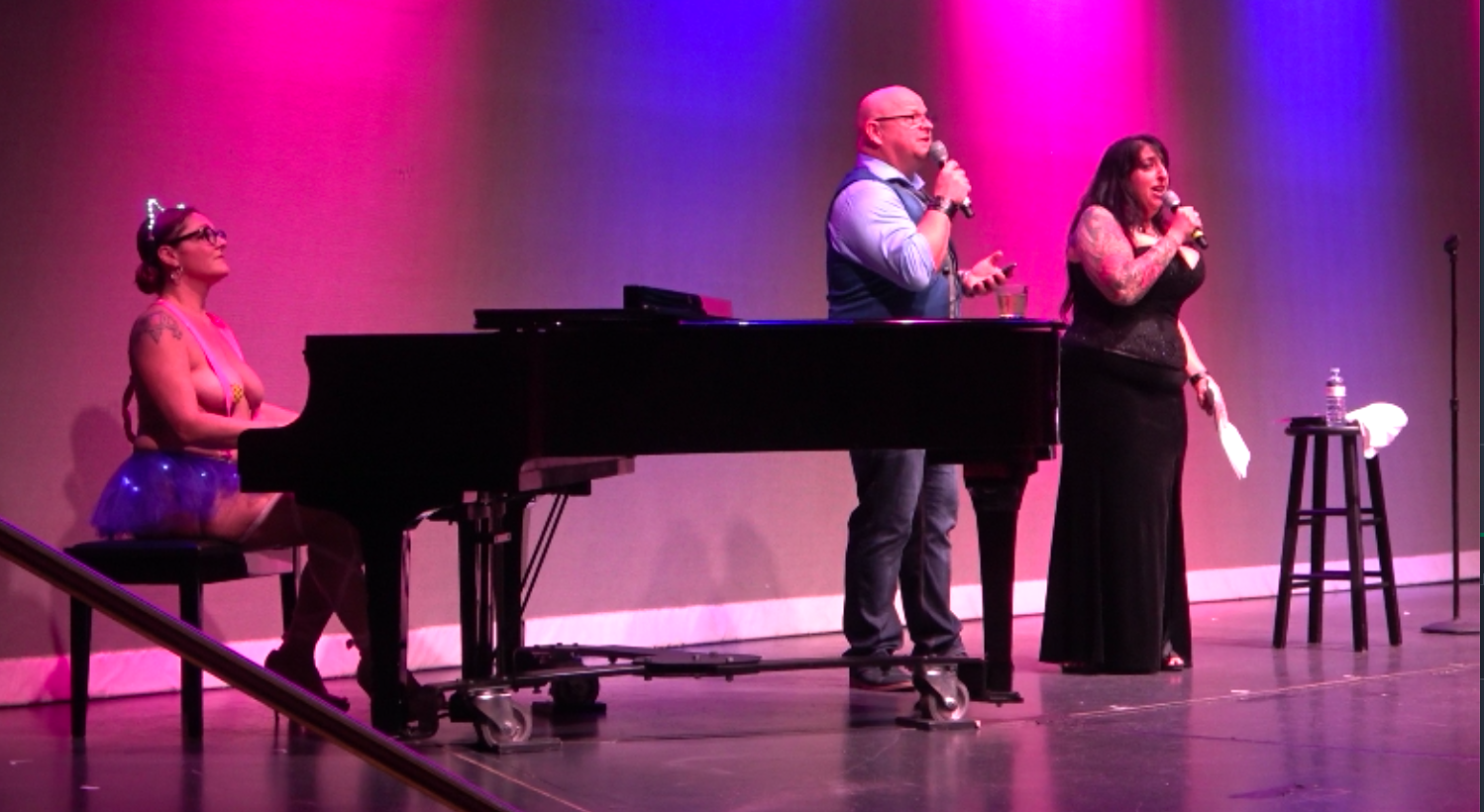 Temptation Cruise Review: The Laughter & Moments that Make You Smile

There was all sorts of fantastic entertainment onboard, but like all cruises, you just can’t do it all.  Even if you skip sleep – you honestly cannot do it all.

My week was full of magnificent moments that truly made me smile.

One early evening I was heading to meet up with new friends for a posh dinner in the fabulous Giovanni’s Table restaurant. On my way I walked through the Schooner Bar and there I found Jen Porter. She was belting out a  fantastic rendition of something Simon & Garfunkel wearing nothing but rope bondage!

Halfway down the hall my brain went ‘Wait, What?’

I  shook my head and thought wow! There are fantastic things happening at every turn around this ship. All I need to enjoy this more is a time machine to slow things down so I can take it all in. I smiled, joined my friends and giggled to myself. I’m so lucky to be such fascinating environments.

Speaking of not being able to do it all – I hear fantastic reviews on sensual aerial act by Les Farfadias & Co. Called “AriOtic” unfortunately I was, um , errr, well <blush> someplace else other in the theater during both of their shows.

The Travel Book of Joy

In a waking dream, I had a vision that I was the creator of  ‘The Travel Book of Joy.’  This is your invitation to experience every journey and adventure we create together as a chapter of what is possible and what was meant to be.  My heart's desire is that you experience more joy on your journey and that you feel more LIFE in your life.